Invest in the ILIOS MESTOS

Be amongst the first to participate in the prospective success of the New Generation Energy Saving MECHANICAL system that is Ecological, Environmentally Friendly and is of immense benefit to our Atmosphere.

The rewards that await Investors, Sponsors and Participants, range from simple TRINKETS to fully fledged viable Appliances, like ECOBIKES, ECOCARS and trips in the ECOPLANE that will become memories to savour forever.

The ECOSHIP will be a formidable realization of the potential of the immense contribution to the Environment that the ILIOS Mechanical Energy Storage System will make for a cleaner Atmosphere. No fuel to be carried and zero emissions.

Contributions can start from $10 and range up to larger sums, depending on the interest of the participant.

Shareholdings in the Company that will eventually go Public, start from ten units at Euro 14 and will rise by 1 Euro every successive month. With each share, the investor will also receive ten open ended Options, redeemable at the price of the acquired shares. Trinkets will start from key-rings with scale models of the ECOBIKE and the ECOCAR. More substantial rewards will be Paid-trips to our facilities and our Museum, to see how it all began. Every substantial Investor may claim a specific reward, which the Organizers will strive to fulfill, even if it may appear that the reward claimed is above the basic equivalent of the contribution.

We look forward to welcoming our contributors and participants, in what we believe is an exceptionally promising future for the ’ILIOS MESTOS’ that as we hope, will change for the better the Industrial Potential of the near future.  Contact us >>

Invest in your future!

If you wish any other choise besides the three (3) options of payment, please contact us. 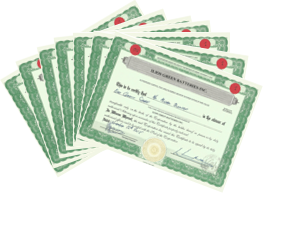 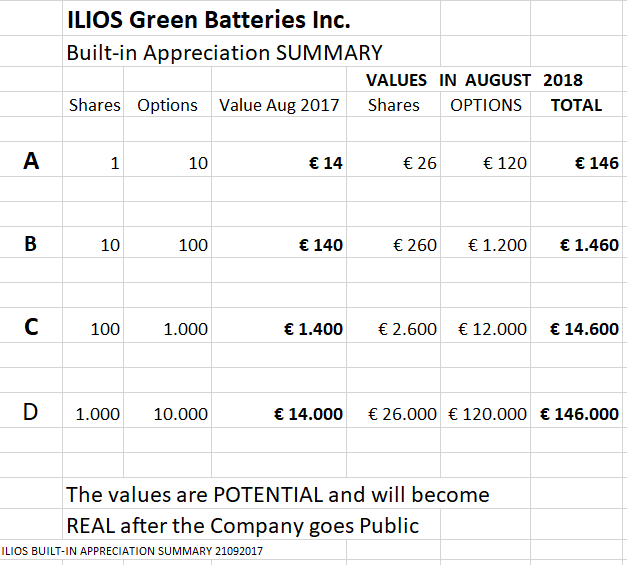 Your good money, for which we thank you, will go towards the implementation of the following Projects:

- To install the Mechanical Energy Storing device – the ILIOS MESTOS 200, with the 100 meter Spiral Spring in a Hybrid Motorcar like the Toyota Prius and remove the Batteries.
- Convert the Motorcar to run solely on the Ecological, Environmentally friendly ILIOS MESTOS 200, no longer using any fuel of any kind.
- Add rigid and/or flexible Photovoltaic Panels to this New Generation Ecological Motorcar, so that part or all of the energy to be stored in the Spiral Spring will come from the sun.
Mass Producing the Duralumin version of the ECOBIKE, the Mechanized bicycle, with power provided by the Rider, using the 3D Printed Prototype as a mould.
Market the ECOBIKE worldwide, so that within the shortest possible time, it will enjoy a Market Share of 1% of the 150 million new bicycles produced annually.
Produce and install a 20GWatt ILIOS MESTOS, to fit into a 30,000 Dwt ship to replace the Diesel Engine, which will be retained temporarily as a back-up until it can be proved that the ILIOS MESTOS Mechanical Energy Storing System can be a Stand-alone Propulsion medium for the Maritime Industry.
If the above can be achieved within a 2 year period and a sizeable sum in 6 figures of cash liquidity can be attained, then “ILIOS Green Batteries Inc.” can go Public in New York or London.
When this happens, all the wealth accumulated by the Shareholders above, from Potential will become Real.
Footer
25630