The Know-how and Technology that has been gained to date, in the creation of the Applications of the ILIOS MESTOS, the Mechanical Energy Storage System, is the assigned property of "ILIOS Green Batteries Inc.", a Company incorporated in Monrovia Liberia that presently numbers about 95 Shareholders.

The funds expended in order to gain this Know-how and Technology, were contributed in greater part by the Shareholders of the Company, including the present President & CEO of the Company, Ion Livas, who remains the owner of the Intellectual Property and Copyright of the Innovation.

All funds invested in the Company are accepted in lieu of a bearer Share Certificate of no nominal value, against a Receipt which shows the number of the relevant Share Certificate and the funds advanced in order to acquire such Certificate.

In accordance with Company policy, adopted by BOD Resolutions of March 20th 2014 and July 7th 2017, each Share is accompanied by 10 Open-ended Options, until an IPO is issued before the Company goes Public.

All Applications of the ILIOS MESTOS principle are and remain the property of "ILIOS Green Batteries Inc.", unless and until they are legally disposed of by a BOD Resolution and an approved sales transaction with the relevant Documentation.

Our Vision is to provide inexpensive Ecological Stored Energy that can be released as required, to drive every Application feasible, from the humble bicycle to the largest ship sailing on the Oceans.

In this way our world will begin to distance itself from its dependence on fossil fuels, so that the Atmosphere of Planet Earth will no longer continue to be polluted. 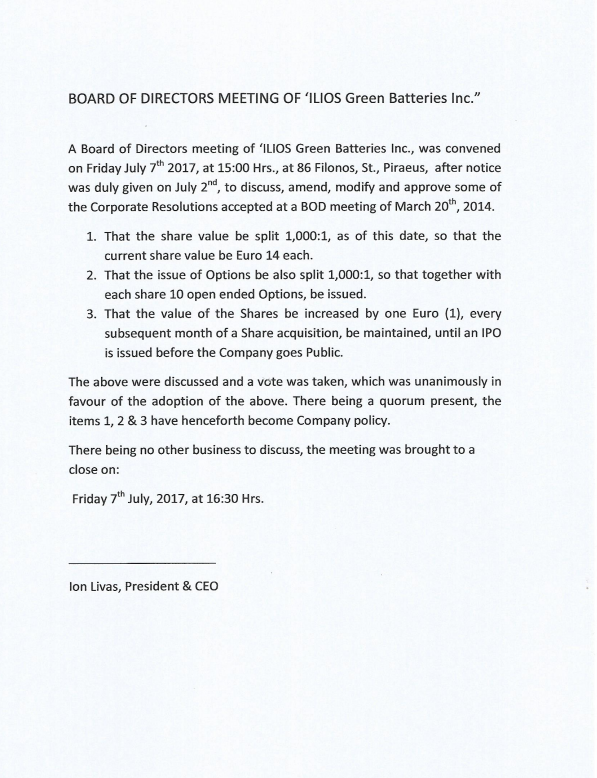 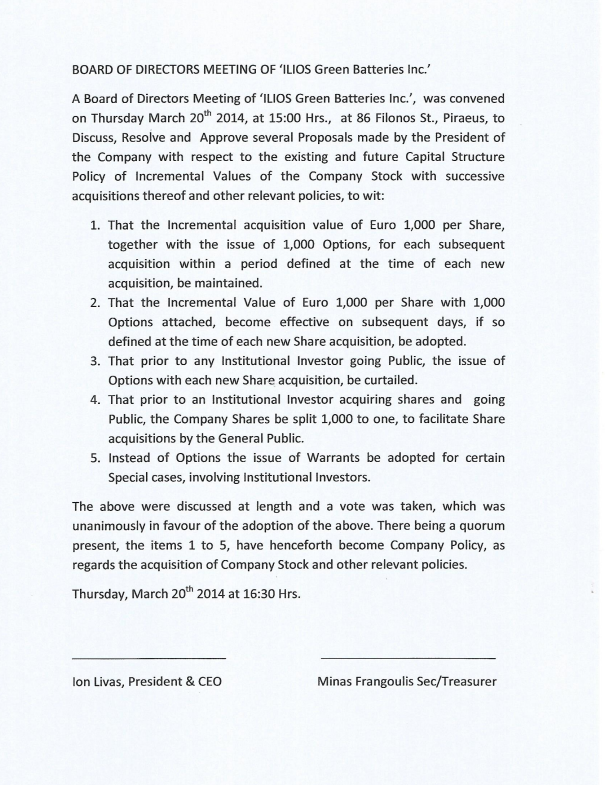 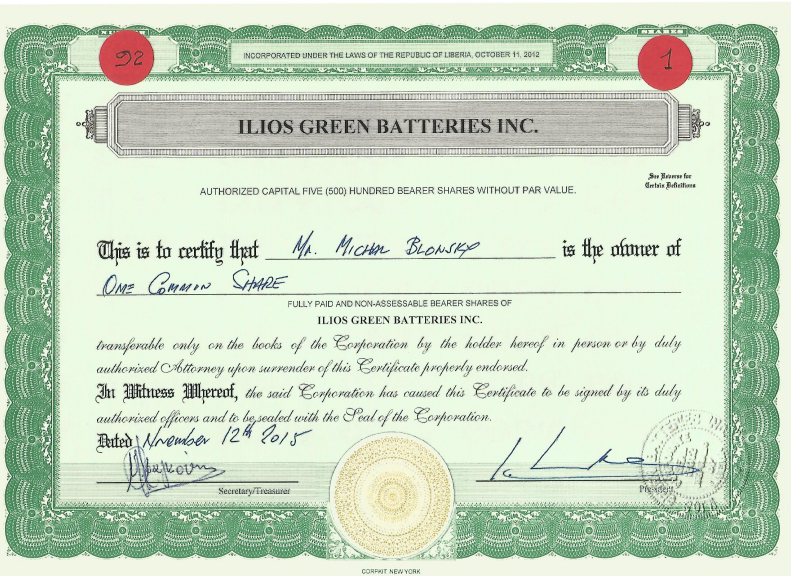